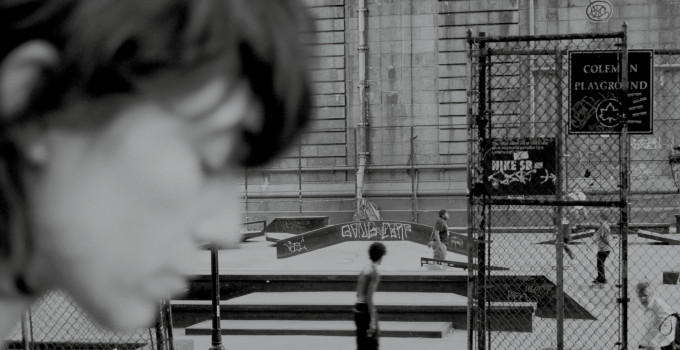 Charlotte Gainsbourg has today announced 'Rest', the companion book to her 2017 critically acclaimed album of the same name. Published by Classic and Because Music on 25 March, Charlotte (in association with IDEA) has confirmed an 'in conversation' and book signing event at Dover Street Market, London on Thursday 28 March.

Representing Gainsbourg's first editorial endeavour, 'Rest' features photographs, lyrics, drawings and a collection of Charlotte's personal notes from when the album was conceived in Paris, New York and London.

The book is a collector's edition, limited to 1000 copies, drawing its black and silver aesthetic from the album artwork. It alternates contemplative monochrome pictures with intimate sketches and lyric drafts printed on journal paper - offering the reader a unique experience and insight into the making of the album.

Gainsbourg, who played a sold-out show at London's Koko in December, has also recently been confirmed as a headliner at the forthcoming BBC Radio 6Music Festival.

The festival, including Charlotte's performance, will be broadcast live on 6 Music and BBC Sounds throughout the weekend, with all the performances from Mountford Hall and Eventim Olympia available to watch live and in full at BBC iPlayer.

* (Gang of Four and Fontaines D.C. also on bill)

Produced by SebastiAn (Frank Ocean, Kavinsky) and mixed by Tom Elmhirst (Adele, Lorde, David Bowie), Gainsbourg's last album 'Rest' was her fourth studio album and her first in seven years. The album featured in Pitchfork's Best New Music poll and was described as “gorgeous and assured" by NPR, while New York Times observed, “Rest is an album that comes directly from her heart.” The eleven songs on 'Rest' are nothing if not sure-footed, proffering a compelling fusion of gleaming, string-emblazoned modern electro-pop and cinematically textured avant-chanson—their magical music box melodies kissed by bruised, introspective, occasionally disquieting lyrics.

“An undeniably engrossing juxtaposition” 'Albums of 2017' The Guardian

"A chandelier made of strobe lights” Dazed and Confused

"One of the bravest performers of our time" Elle UK

“Grandly romantic... a laudable addition to the canon” 4/5 Mojo

“The Renaissance Woman finally takes the helm for a glittering reinvention of Ed Banger disco.”
The Quietus

“Embracing her past and feeling a new confidence, it's surely a prelude to an even more glittering career”
The Line of Best Fit